Lost over 20 levels and most my items...

Lost over 20 levels and most my items...

Not really sure what to do, I didn't realize that we were suppose to save replays in case this happens. I'm not really concerned about getting it all back just would like the core so that I could at least farm. Is it possible to show any other file besides replays? I read something about a bank file not sure what that is where do I find that to send? Off the top of my head I had 7 Grand Healing Orbs, 2 Oblivion Armors, 1 Godly Claw(this isn't a big deal since I can just buy another) and like 10 Ascended armors(these aren't a big deal either I just collected them for money and because they kept dropping while I was farming the final boss), 2 small mage orbs, 2 flux capacitors, 1 korlics, 1 torlics, 2 Grand Orbs of Anger(I don't terribly care about these either because I could never tell if they were working or not). Hmm trying to think what else I'll update if I can think of it.

(I also wanted to try for the Oblivion Claw) Anyway thanks for reading this and I'll check back to see if you guys have any ideas in the meantime back to Special Forces Elite for me I guess!

I'll deal with this tommorow because it's late and I gotta get up in the morning. But we really do need the replays we can only do so much if we don't have them and the bank files are mainly load errors, but if you convince greed or Marine to give you your items back I'll do so. The replays automatically save something like 10 games in recently played and if you don't have them maybe someone in the game u you does.

Hey, if you want to try to get ur stuff today, try to get on about 5-6pm today I should be on, just join the chatbox and moniter it, I should get on sooner or later, we all have school and this to balence so plz understand 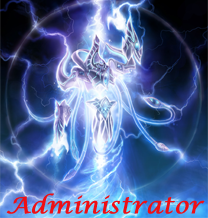 Aha! In that case I do have the replays!

I didn't realize that the game automatically saved the replays, I just checked and yes I do have the replays with all my items.

put the 2 replays into a folder then and zip it upload them and we'll see to it.

Pretty sure these are the most recent it should have me as a baby dragon with prestige and I think one of them should be 7+ hours(don't judge me!)

Well, sorry but NONE of us are going to watch a 7hr replay... can u post and ss(screenshot fyi) of ur items?

Well not really my intention to have you guys watch a 7 hour game. I'm assuming replays played back like movies and you could just drag the timer to the very end. Are you not able to do this? I'm a little confused here. And yeah after the 7 hour one is where I last had all my items. So you just need to watch the very end. I have no idea why you guys would need to watch the full 7 hours, game was only that long because I left the game running when I went to class.

yea you cant skip it.... its playback in 8x speed at max but even if we play it at 8x it laggs enough that its way slower than it would be if it was playing fully at 8x and as of yet idont know any other way to play the replays so that we can skip it

Oh my mistake I thought that you could just drag it to wherever you want like a regular movie, Yeah in that case I'll just fast forward and screen shot the beginning and the end for you guys because that would suck for you haha. Thanks again.

Thank you for doing this. It is really annoying to do it

It's because when we dl it its not prebuffered like for u, we werent playing IN the game so ya