Atm, nobody uses this item(expect me, for a specialized reason as I'm a glass cannon) because its weak.

Yes, it has 500 shields and it regenerates in combat at like 6 per second. However, the only time that is actually useful is before entering either Creton or the Forest, but as this drops from a boss you'd normally face at like level 50+ or so(even though getting to him is actually harder than fighting him), you don't have it early enough for it to be actually useful in combat.

Suggestion: Greatly increase the regeneration of Plagam's Armor(and look into Madwac's version of it as well) by like 3 or 4 times its current amount(or at least greatly increase the amount of shield regen outside of combat, as its an end-game item).

Yes I agree and also the drop rates should be increased I haven't been on much but legendary items should drop more often from the lower level bosses.

EternalToss wrote:Yes I agree and also the drop rates should be increased I haven't been on much but legendary items should drop more often from the lower level bosses.

I agree with this. I'm guessing I never see Syrital's Talons on anyone else because of not only its rarity, but also because you usually will only kill her once and never again.

I haven't seen Madwac's shield item in forever(the other two I see every now and then), but the only people who kill ancients more than once are the following: Those who know that the ancients are killable even at really low levels(like below 10 depending on your prestige stack) and level multiple times this way or those who want Tolic's fire orb(to stack it 5 times). 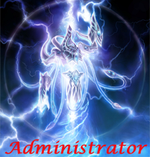 hero corect me if im wrong

im all for haveing ppl work for the legendary items
but it can be a pain with the whole randomly looseing the items all the time and thats y i think it should be raisd. if it were a 15 % chance u would have an 80 % chance after 10 times to get an item and i think that is a more fair %
ive been trying all day to get my oblivian claws back and to no avial
its up to u tho

Admin wrote:it has the armor of a level 80 armor plus 500 shield. How in the hell isn't that good enough for a level 70 drop?

Easy. While 500 shields isn't weak in of its itself, you generally won't have 500 shields most of the time in battle(unless you want to wait like a full minute every time your shields hit 0), especially if you're using a speed potion and want to kill as many foes as possible.

That and I don't think it's that useful in Creton(where you get the item). That being said, its good for either noobs or those who just prestiged(aka the 1st half or so of the map). But as I'm pretty sure most people use melee and not ranged, tell me what use these 500 shields have when your face-tanking everything and/or against a boss after said shields hit 0(as I said, it regens in combat, at like 6 a second).

And no, I use this item as is(and I still will), but I see why most anyone else who plays this map probably will never do so.

Its a level 70 drop with level 80 stats and a bonus of 500 shield. sooooooooooo it is 10 levels better than it is suppose to be. Maybe I should make armor have a level requirement so people can appreciate it.

Admin wrote:Its a level 70 drop with level 80 stats and a bonus of 500 shield. sooooooooooo it is 10 levels better than it is suppose to be. Maybe I should make armor have a level requirement so people can appreciate it.

Only if you want to make sure that nobody ever uses it, go right ahead.

Also, the people who kill Plagam alot do it because it nets them at least 1 level per boss kill, even when close too level 100, not for its armor(And those who do find it early wear it because of the +17 it gives, which is actually strong at that point if you don't find Demonic or Ascended armor some time later).

Lets not forget that Madwacs armor is like this too(good armor for when you get it, but weak shields).